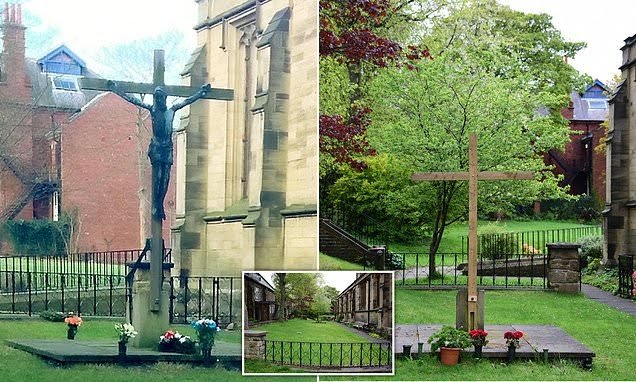 Before and after the statue was stolen | Image: Daily Mail

Thieves have stolen a six-foot bronze crucifix from a church remembrance garden in Newcastle, United Kingdom.

The crucifix, which includes a sculpture of Jesus Christ, was swiped from the All Saints Church in Gosforth, overnight Wednesday.

The Crucifix is reportedly worth an estimated £20,000 and police have now launched an investigation to try and identify those responsible for the theft.

Officers are calling on anyone with information about the theft to come forward.

Neighbourhood inspector, Harninder Bola, of Northumbria Police, on Friday urged those responsible for the theft on Tuesday evening to return the crucifix.

He said: “This is a highly sentimental piece of the remembrance garden at All Saints and the church and its congregation are understandably devastated.

“The crucifix watched over an area where the ashes of the community’s loved ones have been scattered and these thieves have disturbed that area during their raid.” 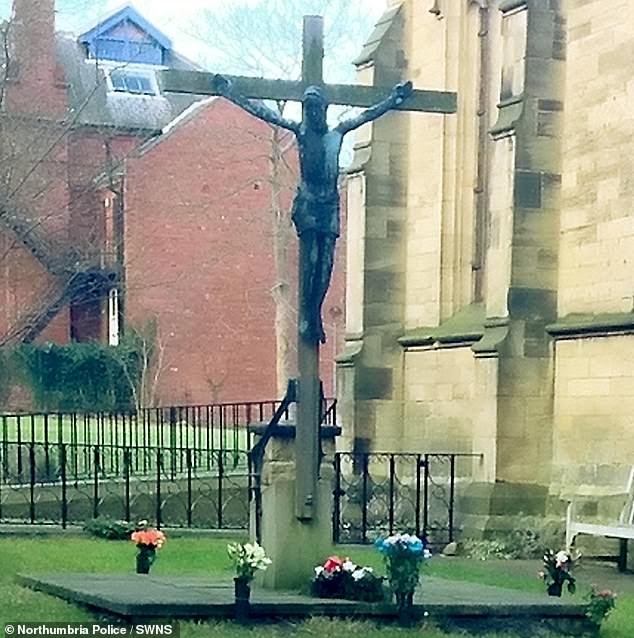 He continued: “Reputable scrap dealers will not accept this cross and we would ask the thieves to do the right thing and return it to the church and its congregation.

“There is no value in keeping the crucifix and the pain and anguish you have caused should not be underestimated.

“Our enquiries will continue and we would ask anyone who has information about this theft to contact us. Any information, however small, could help us locate the crucifix and identify those responsible.”

The reverend canon, Andrew Shipton, of All Saints Church, said the theft had caused “considerable sadness” among his congregation and the wider community.

He said: “The crucifix was situated in a consecrated area where many ashes are buried.

“It was a great shock to find that the bronze statue of our Lord had gone and a cause of considerable sadness.”

He added that the crucifix was sculpted by the internationally acclaimed Frank Roper who undertook work for churches and cathedrals across the country before his death in 2005.