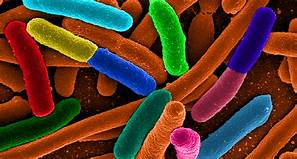 Citizen Truth Staff Report stated that According to research conducted by the Naval Research Laboratory (NRL) the genetic makeup of common marine microorganisms could be altered to react to substances such as fuel or metal that is left behind by passing vessels such as submarines, Defense One reports. In essence, “live tripwires” would signal the passing of divers, underwater vessels and, of course, enemy subs.

NRL researcher Sarah Glaven said at an event hosted by the Johns Hopkins University’s Applied Physics Lab: “In an engineered context, we might take the ability of the microbes to give up electrons, then use to talk to something like an autonomous vehicle. Then, you can start imagining that you can create an electrical signal when the bacteria encounters some molecule in their environment.”

Currently, the U.S. Army, Navy and Air Force are collaborating in a $45 million effort to help give researchers the necessary tools to genetically modify microorganisms to benefit the military. The project is known as the Applied Research for the Advancement of Science and Technology Priorities Program on Synthetic Biology for Military Environments.

The primary focus of U.S. Army researchers is to bring synthetic organisms from the lab to the field. Doing so would mean finding nanoscale techniques to get new reactions out of a multitude of organisms.

“We want to move synthetic biology from the laboratory to the field. That’s a big thrust of ours and so there’s a lot of tool development in order to do that. If you want to move a biological bio-based sensor to the field you try to ruggedize those organisms. You try to protect them. You try to encapsulate them,” said Dimitra Stratis-Cullum, the leader of the biomaterials team at the U.S. Army Research Laboratory.

“You try to basically increase their longevity in these harsh environments. So if you had, for example, embedded in a uniform a sensor that detects a hazard, that’s a bio-based sensor. And perhaps it also causes more than one color change, depending on the complex input. So there’s more than one function. Or it would sense and alert you and also a material, for example. It’s very difficult now to do that with the organisms that have some bio tools in them now,” continued Stratis-Cullum.

According to Glaven, the military is about one year away from having completed the research needed to produce hard evidence that they can genetically modify reactions in marine life that will assist the military.

In addition to genetically engineering marine life, the Pentagon is researching the science behind other applications such as self-healing paint and living

Google to invest $1 billion to support digital transformation in Nigeria, Ghana, others