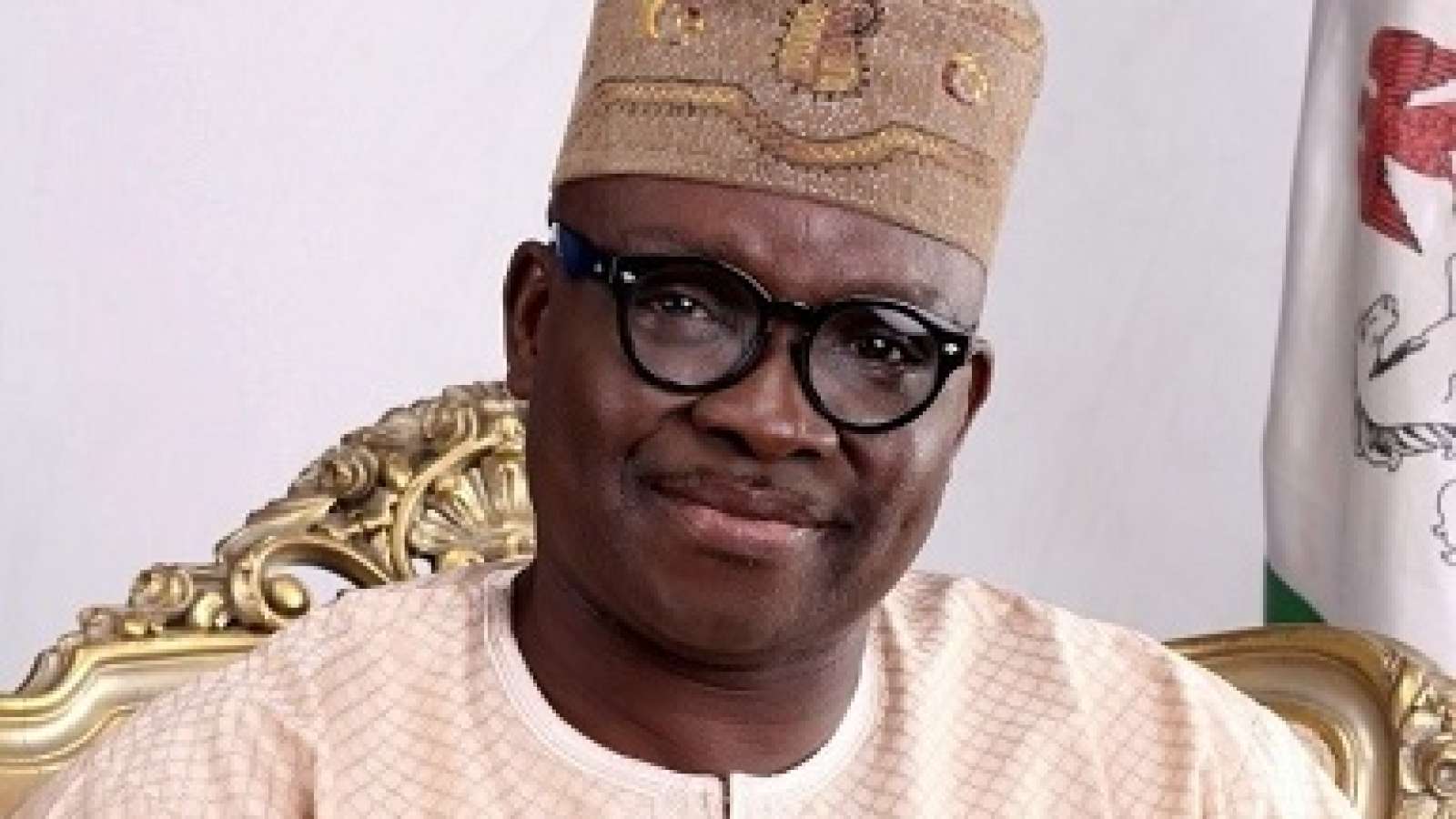 Main achievements as the Governor of Ekiti State

There were positive achievements of Fayose as Governor of the Ekiti State. The famous politician’s time in the office from 2014-2018 was the ‘Government of Restoration.

During his 4-year mandate

Ekiti State performed really great during NECO 2016 and 2017 exams bringing the state to the 1st place in the education in the country. Ekiti came first back-to-back in NECO exams and also did well in WAEC.

Built the first flyover in Ekiti: The flyover bridge constructed by the Ayodele Fayose administration is the first of its kind since the state was created in 1996 and was commissioned by the then president Jonathan in Ado-Ekiti.

Ayo Fayose built the first governor’s office which is exclusively and luxuriously built.

Constructed roads in all nooks and crannies of the state, such as roads in Ado itself, Petim- Afao Road and Dehead- Police Headquarters Road

The Fayose government built The Ekiti State High Court Complex, Ado Ekiti and it was commissioned by the Chief Judge of Nigeria, Mr Walter Onnoghen.

Accreditation for various courses in EKSU, School of Nursing, and College of Health Technology was pursued and achieved by his administration

Yearly, the Fayose administration recognised hard-working teachers  and civil servants with car prizes and other gifts.  Within four years,  it was promotion galore for civil servants

Ekiti State Universal Basic Education Board (SUBED) was not left out, it was restored.

In terms of peace and security, Ekiti under Fayose was peaceful; it was secured from herdsmen attacks, assassinations, and armed robbery operations

Other achievements in agriculture, health, social welfare and other sectors

He had the plan for building an airport but they criticised his plan to build airport for Ekiti to the extent of poisoning the minds of the landowners against his good intention,”

According the Ekiti state chairman of the Nigerian Union of Teachers (NUT) , Comrade Samuel Akosile, the over-deductions from the teachers’ salaries has been a perennial problem but when brought to the notice of Governor Fayose, he promptly set up a committee to look into the complaint, and proper action was taken.

He is known to be a friend to the common man. This is definitely not about recession but Fayose took commercial motorcycle, popularly called ‘Ókada’ to Government house and within the state capital when need be and he fought for the right of the okada people.

Mr Ayodele Fayose described plan by the federal government to ban commercial motorcycle, popularly known as Okada in the country as wicked, saying; “In Ekiti State, we won’t ban Okada because it is a source of livelihood to a lot of families. Why would anyone even contemplate such when government did not create alternative employments?”

The governor, who promised Okada riders in Ekiti State his continued support and assistance, said; “The federal government has no power to ban Okada in my State and under my watch, no one will prevent Okada Riders from operating as long as they do not go against the laws.”

Fayose said; “The hunger in the land is killing and most of these Okada riders are graduates who have taken to commercial motorcycling to survive because of unemployment. Many of them are even those who lost their jobs within the rule of All Progressives Congress (APC) led federal government and government workers, whose salaries are not being paid regularly.

The firebrand Pastor was alleged to have been preaching against Islamizing Nigeria and asked members of his church in Auchi, Edo State to resist the killings by suspected Fulani herdsmen, who he alleged of targeting Christians for decimation.

Fayose stood for the right of the pastor, he said “we have information that instructions came from DSS in Abuja that the Pastor should be arrested. We are not in a fascist state, Federal Government must learn to respect the rights of Nigerians and freedom of expression”.
He said, “This is unacceptable, We are in a democracy and Nigerians should warn the Presidency against putting this country on fire because religion is an emotional thing”.

The very first policy direction of Governor Fayose was the displacement of Kayode Fayemi’s eight-point agenda with policy of stomach infrastructure. This policy engendered so much reactions across the country because of its strange and pedestrian inclinations. Ekiti became synonymous with ‘stomach infrastructure’, this policy was implemented through distribution of food items such as rice, chicken and little cash to people across the state by the executive governor himself. He moved around the towns in the state in convoy of rice-laden vehicles, the rice already re-bagged in little bags were given to people who were made queue up in a single file, a little cash of N200 or N600, was added to the jubilant individuals as they filed past. This endeared him to the people at the grassroots, who saw the governor as not only their saviour and voice but a friend. During festive periods, the children got their share.

Grassroots mobiliser, Master and Lord Fayose would go down in history as a mass mobiliser of note, a thorough grassroots man, with a unique gift of winning the hearts of the masses through street presence. He ate and frolicked with the masses but analysts would argue that initiating policy or programme that would lift them from poverty permanently, aside from the cosmetic approach of doling out food items to them

QUOTES FAYOSE WAS KNOWN FOR

“It is Ekiti first before Nigeria. Every politics is local, every governance starts from the home.”

“From the home, we graduate to the community, then to the local government, then to the state and to the federal.”

“The labour is Me and I am the labour, one thing you cannot take from me is that; I have opened this government for you to run.”

“I am the first governor in Nigeria that give details of allocation to workers to decide on. We have been doing that since I came.”

“I want the representative of the press to always attend our Federal Allocation Committee (FAC) meetings. That shows how transparent I run this government.”

“I have openly given you all the receipt of money that come to this state.”

“All partakers of FAC allocation attend that meeting once a month. There you take decision, I sign it for you.”

“What other level of transparency is greater than this?”

“As a people, we have peculiarities, and we must identify them instead of jamborees.”

“Why most leaders of this country have failed in the fight against corruption since 1999 is because they are corrupt themselves.”

“The first step that should be taken in fighting the corruption war is not to fight corruption with a political face.

“I am the first governor in this state that engaged the workers so well.”

“I told workers, no governor or public office holder can steal without the cooperation of a civil worker.”

“We don’t have the experience on how to put papers right. We don’t write papers, all we do is approve papers.”

“So the rally you labour workers are doing here today, we are supposed to do the rally to you and we will.”

“If a leader is leading a country to fight corruption, he must start from his own base. He must be ready and willing to put his home right.”

“Leaders can only lead right by example, not by propaganda. I take exception.”

“I hate corruption. I don’t do things because of lip-service; I am a blunt Nigerian.”

“I have declared my asset long time ago, I have submitted all the necessary papers, I know the procedure.”

“On asset declaration, put it inside paper or not, it is a public document, there is FOI bill, it is public already.”

“If I need the asset declaration of anyone, I know the proper procedure to get it.”

“I put facts on the table. Facts and figures.”

“No politician can steal money without the help of the civil servant, we should look inwards.”

“One thing I want you all to realise today is this… I love President Muhammadu Buhari, people think I hate him but I don’t. Democracy is founded on opposition.”

“Opposition will keep the government of the day on their toes to do the right thing.”

“In my publication today, I commended the President’s effort on Boko Haram, in the last 4 weeks, it has been positive and there is hope.”

“But I urge the President not to politicize corruption.”

“The law has its process, there are agencies that takes care of corruption, we should allow them do their duty without preempting them.”

“Let everyone start the fight against corruption from the confines of his home. If every home is right, then the country will be right.”

“If we are ready to fight corruption, then let’s sit tight about it and do away with politics.”

“The Bible says ‘the righteous will be as bold as a lion.”

” God be with you. I did not put myself here, you all put me here.”

Amazon, Sony and Ericsson pull out of Mobile World Congress over coronavirus fears