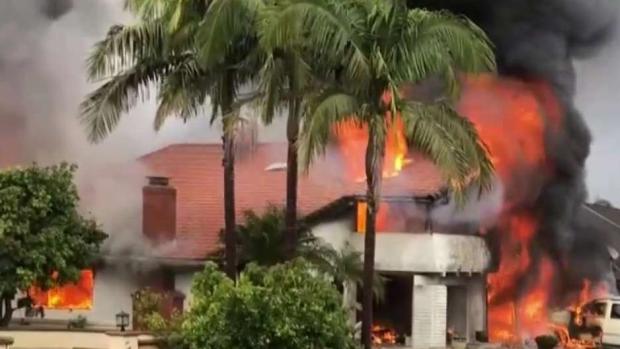 A small plane crashed into a home in California on Sunday, killing the pilot and four others, US officials say.

The flight went awry just minutes after taking off from a local airport, some 20 miles (32km) south-east of the city.

The victims have not yet been named. Fire officials say two people were treated in hospital for burns.

Local residents described a shrill whistling sound before an explosion set the two-storey home on fire at 13:45 (21:45 GMT) on Sunday.

The pilot was the Cessna 414A’s only occupant, and a source told the Los Angeles Times the man had flown frequently out of the Fullerton Municipal Airport.

Those killed in the home were two males and two females, Orange County officials said at a news conference.

Debris from the aircraft could be found over four blocks, according to Eliott Simpson from the National Transportation Safety Board.

Seventy-two fire fighters attended the scene alongside local police, with the investigation into the crash still ongoing.

“It was a boom,” one resident told the LA Times. “It sounded like something exploded. It shook our house.”

Panicked neighbours rushed to the burning home, dousing burning debris on the street with water from garden hoses.

“You could just see pieces falling everywhere,” another neighbour told the Orange County Register. “Then like it was slow motion, I saw a bigger piece falling in front of our home.” 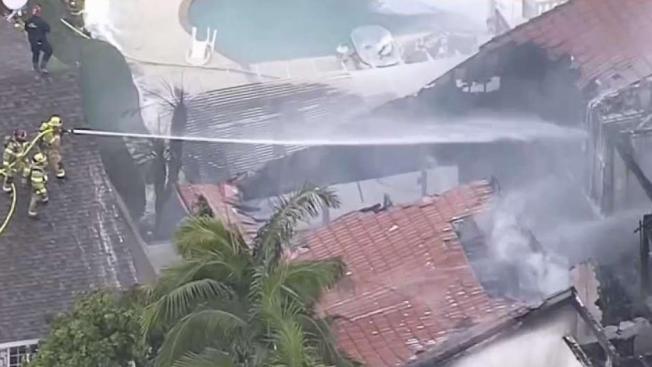 ‘Virginity Repair’ Surgery To Be Banned In Britain Under New Bill