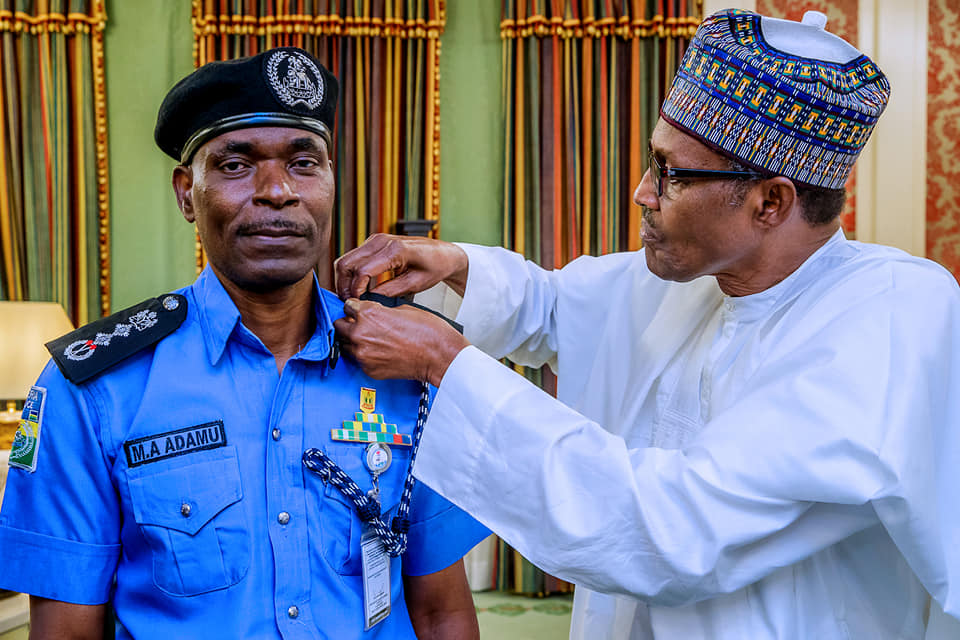 A leading pro-democracy and non-governmental organization – HUMAN RIGHTS WRITERS ASSOCIATION OF NIGERIA (HURIWA) has dismissed as cosmetic and mere showmanship the decision of the acting Inspector General of police Mohammed Adamu to disband the federal special Anti-robbery response squad (FSARS).

The Rights group has instead asked the newly picked head of the nation’s police force to lead a crusade for the comprehensive reforms of the near-moribund Nigeria police force so as to most appropriately and professionally, tackle the hydra-headed violent crimes all across Nigeria. HURIWA said the Police force stinks of institutional decay and professional incompetence which it argues requires far reaching science-based surgical response mechanisms to bring the operational modes of the Nigeria Police force to conform with global best practices.  HURIWA condemned the widespread practice whereby crime victims are extorted and exploited by the Nigeria Police force before the operatives can embark on their routine law enforcement duties. The Rights group said the fallen standards of policing in Nigeria is such that requires more than the suggested 30,000 annual recruitment of cops as mooted by the Police service commission just as HURIWA said the fundamental problem of policing in Nigeria is quality and skills and not the quantity of police operatives recruited.

The Rights group stated that the challenges facing the new head of the police is such that does not require quick fix fire brigade approaches but rather would take deliberate, decisive, rationally fine-tuned actionable measures including the updating of relevant legal frameworks to enable the birth of a state police in addition to a rejuvenated and properly professionalize federal police in Nigeria. The Rights group stated that the current Nigeria Police force is administered on PAY-AS-YOU-GO -basis going by the obvious fact that police protection and other services are only given to the highest bidders even as police presence in most communities across the Country as seen by the operatives as a mere occupying force whose members are there to milk members of the society of their hard earned resources even as violent criminals are left to roam the streets unleashing blood cuddling violence of primitive dimensions. HURIWA said it was because of the collapse of the Nigeria Police force that the Army has almost started performing the usually routine policing duties that the Constitution has spelt out to be performed by the Police even as most police operatives out-bribe each other to be posted to carry handbags for wives of top political office holders and foreign investors for pecuniary benefits. The group has therefore charged the new police boss to be meticulous in the discharge of his functions and not go about chasing cheap media popularity by making policy decisions that are mere populist but lacks existential policing benefits in the long run.

HURIWA stated that Nigeria has more than two dozens past recommendations on the reforms of the police which were never acted upon just as the group tasked the president,  retired military major General Muhammadu Buhari to sign into law the recently amended constitutional provisions which has created state police in Nigeria.

“The new police chief must be aware that virtually all the past civilian administrations right from 1999 including the National/Constitutional conferences hosted by two previous administrations had produced voluminous reports on strategies for attaining fundamental reforms of the policing institution in Nigeria. Some of these recommendations should be implemented through legislative and executive mechanisms.”

“The Nigeria police force as it is presently, is institutionally too weak to effectively confront the emerging sophisticated violent crimes. The police Act needs to be amended and updated to provide for technology – based crime fighting strategies just as the disturbing phenomenon of the use of physical and psychological torture by police on suspects which are rife are contained and the indicted police operatives are prosecuted and punished.” HURIWA noted regrettably that the immediate past police Inspector General had through crass incompetence and disrespect for the Constitution accumulated multimillion Naira legal damages won in courts of competent jurisdiction by Nigerians who are victims of human rights abuses and illegal arrests and detention by the highly compromised Nigeria Police most especially when Ibrahim Kpodum Idriss was the IGP.

In a media statement by the National Coordinator Comrade Emmanuel Onwubiko and the National media Affairs Director Miss Zainab Yusuf, HURIWA has charged the newly appointed IGP to clean up the police force of too many bad eggs, publish and implement a policing manuals that would absolutely prohibit extralegal killings to suspects and use of torture.”

He announced this on Monday at his inaugural conference with Commissioners of Police and other senior officers in Abuja.

HURIWA quoted the police as saying that based on the new directive, a Special Anti-Robbery Squad will now be domiciled under the direct supervision of the Commissioners of Police in the 36 states.

HURIWA recalled that the IGP Special Investigation Panel and IGP Special Tactical Squad were established by the former IGP Ibrahim Idris who also centralized the operations of SARS into Federal SARS.

Man Kills Self In Kwara Bush