…Deceased planned to name his baby on Saturday

The deceased, Ifeanyi Emmanuel Okeke, alias Elechi, was said to have died after he was hit on the head by bullets allegedly fired by one of the security details in the convoy of the Speaker of the House of Representatives, Hon Femi Gbajabiamila, in Abuja on Thursday.

Elechi was said to have died at the National Hospital Abuja where he was taken to for medical attention after the shooting incident. 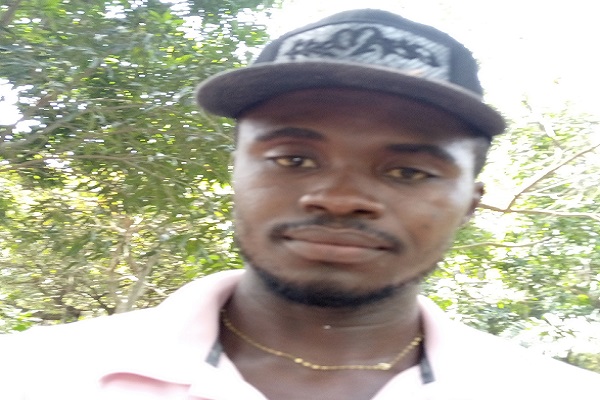 The newspaper vendors and distributors protested peacefully at the Area 1 Roundabout calling for justice for their slain member.

Some of the placards carried by the protesters read: “#Vendors lives matter, Vendors are also human beings, Elechi’s death must not be in vain and Justice 4 Elechi,” among others.

The Chairman, Abuja Newspaper Vendors Association, Comrade Etim Iwara, told the Nation Correspondent during the protest that Elechi was planning a naming ceremony for his new born baby before he met his untimely death.

Iwara said: “Another thing that was so sad was that he called me in the early hours of Friday to inform me about his wife who just put to bed and told me that the naming ceremony will be taking place on Saturday and we received that news with great joy and we planned to be with him and his family without knowing that this sad event was coming.”

He lamented that Elechi was killed where he was fighting for his daily bread and called for justice for the deceased and adequate compensation for his family.

Iwara added: “He was doing his usual service to the nation which is information dissemination. He was not having a weapon with him. He was not attacking anybody.

“They were appreciating the VIPs and also showing them their wares and in response the Speaker was there to appreciate them just for an unsuspected security officer to kill him for no reason.

“So we are demanding for justice. We are calling on the Federal Government to bring the police officer who unjustly took the life of Elechi, a newspaper vendor, in broad day light, to book.

“We are also calling for compensation for the family of the deceased vendor. We are calling for a stop to brutality by police officers against Nigerian citizens.

“Of course, Elechi was killed where he was fighting for his daily bread. He was hustling to put food on the table. He was not a miscreant in the street. He was a registered member of our association.

“So we are here to protest to ensure that all available entitlements or needs that will cause his memory to last in our hearts should be attended to by the Federal Government.

“We have to interface with the Federal Government to ensure that it is not just say and not do. The leadership of the Abuja Newspaper Vendors Association with other critical stakeholders in the media profession will work together to ensure that apart from justice, all that is needed to be accorded to the family is done with immediate effect.”

Speaking on how the incident happened, Iwara said: “I was called at about 3pm Thursday and given the sad news about the shooting of my member, Ifeanyi Emmanuel Okeke, aka Elechi, who sells newspapers at the Federal Secretariat, Abuja.

“He had with him newspapers of Thisday, Leadership, Nation, Punch, Daily Trust and other newspapers. When they approached the convoy of the Honourable Speaker of the House of Representatives, Femi Gbajabiamila.

“The Speaker attended to them in their usual manner of rapport and he gave them what he had. The vendors are used to these VIPs. While they sell newspapers to them they also do gestures like hailing them, just for an errant police or DSS officer, who alighted from one of the Hilux vans in the convoy of the Speaker, to shot him at very close range on the head.

“Immediately, he was evacuated to the National Hospital where he was placed on oxygen. We were all together on this issue, calling the attention of the government and calling for calm from our members not to take the law into their hands and they heeded to that prayer.

“And then we were also praying that God should keep him alive but not long ago, we received the shocking news of his demise at the National Hospital and his corpse has been deposited in the morgue. As I talk to you he is no more.”

On his part, the President, Abuja Newspaper Distributors Association, Benji Obute, said he was alerted about the incident through a phone call by one of his members.

Obute said: “At about 3.45pm yesterday (Thursday) a call came to me that one of our newspaper vendors was shot at the Federal Secretariat.

“So I rushed to that place and when I got there, I met that he has been taken to the National Hospital for medical attention because at that time he had not given up the ghost. It was when I got there that I was briefed about what happened.

“Traditionally, the Federal Secretariat is the hub of Abuja. Most of the politicians and VIPs, including governors and ministers always ply that route. If you are held by that traffic light there, it will take you not less than two minutes before it will pass you.

“So the vendors there have been taking advantage of that to hail any VIP that is with his entourage and is held on that traffic. While they are selling their papers they will come close to the vehicle and hail the VIP and in most cases the VIPs usually part with some cash gifts to them.

“It has been customary like that. Sometimes what they get from such gifts usually surpass their sales proceed for the day. Now, Femi Gbajabiamila is a very close friend of our members there.

“He used to give them money severally. Yesterday was not the first. I was told that when he closed from work and was coming out from the National Assembly, he was held in that traffic light as usual.

“They (vendors) were hailing him and he dipped his hand in his pocket and gave his orderly who was sitting on the front seat of the vehicle money and the orderly wound down the door glass and gave the money to the late Ifeanyi Elechi.

“The money turned out to be N9,000.00 after it was counted. As they were still hailing him, the light turned green and the convoy proceeded. However, nobody knew what happened that led the security detail behind the speaker’s car, to shoot at Elechi at close range.

“When Elechi fell down and our members started raising the alarm, he fired another bullet into the air after which they zoomed off. Because the Speaker heard the sound of the gun shot, he stopped the convoy and asked his security details what happened but they told him that nothing happened. Probably because he thought it was a mere gun shot he entered his vehicle and the convoy left.

“However, from the information I am getting, I am told that he has been been briefed about the incident and they are on top of the matter. But on our part, we are going to express our displeasure to the DSS or the police and whoever carried out that dastardly act should be brought to book. We are not living in a banana republic.

“The issue of #EndSARS saga just ended not long ago, and this one has happened again at the heart of Abuja. We want justice to meted out to the DSS or police operative that committed this heinous crime. We are carrying out a peaceful protest here so that it will not be tagged a part of EndSARS protest.”

A vendor who witnessed the shooting, Mr Onyebuchi Emmanuel Ajaebionwu also narrated how the incident happened.

Ajeanionwu said: “What happened was that Gbsjabiamila was coming out and we knew him when he was a member of the House before he became Speaker.

“He is our friend. Anytime we see him, we normally greet and crack jokes with him. Yesterday the Speaker came out and he stopped. As we were hailing him, he told his orderly to give us money and Elechi who is now dead went and collected the N9,000.00.

“But as he was about crossing the road after collecting the money a DSS operative came down from his vehicle and shot him on the head twice. So as I was following him and shouting ‘you don kill my brother, you don kill my brother’ he brought out the pistol again and shot into the air. That is what happened.”

According to another newspaper vendor, Amarachi Chibueze, who said he was there when the incident happened, the vendors’ association has not informed the wife of the deceased about the incident because of her condition.

Chibueze said Elechi lived in Dutse while his wife lives in Suleja. “His wife just delivered a new baby. As of yesterday we just decided not to inform the wife yet. She is with her mother in Suleja,” he said.

The Nation further learnt that the late Elechi was among the five members of the vendors who were offered employment recently by the Minister of Labour and Employment, Dr. Chris Ngige.

It was learnt that he was slated to resume duties next week on Salary Grade Level 6 at the Ministry of Labour and Employment before the incident.

APC SUSPEND AMOSUN, OKOROCHA AND OTHERS