MANCHESTER UNITED are serious about signing Douglas Costa, however, Juventus are refusing to sell until the summer, reports in Italy claim. 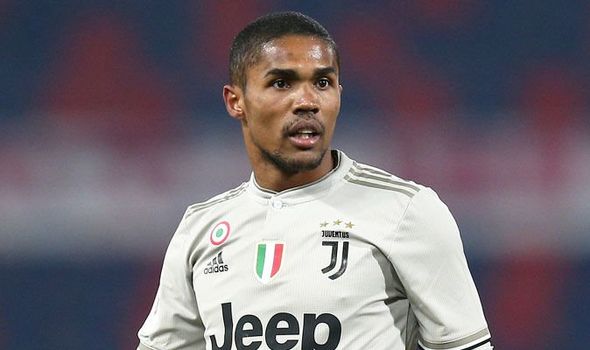 Should the Italian giants move for their former midfielder, United will demand Brazil international Costa in the deal.

It’s claimed the Red Devils are long-term admirers of the 28-year-old, with Old Trafford transfer chiefs feeling Costa is perfectly suited to the Premier League.

Calciomercato say the Serie A champions have postponed talks for a few months until the summer transfer window.

Costa has struggled to get regular game time at Juve this season following the arrival of Cristiano Ronaldo in the summer.

The forward has started just four Serie A games under Massimiliano Allegri this time out, making a further 10 appearances as a substitute.

Red Devils interim boss Ole Gunnar Solskjaer has confirmed he will have a say in United’s January transfer plans.

“I will have an input but the job is to get to know the players, observe them,” he said.

“I’ve seen more or less every game from Norway.

“But (I need) to get to know the players, what I think I can improve them on and the club have got the recruitment and scouting.

“They’ve got their targets but I’ve not sat down and talked about that.”

United are back in action this weekend against Brighton in the Premier League.

Solskjaer is looking to win his seventh consecutive game since taking over at Old Trafford.

A win could send United up to fifth and ahead of Arsenal in the Premier League table.

Nigeria To Lock Horns With Tunisia For QF Of AFCON