Share
Popstar Lady Gaga is offering a $500,000 reward for the return of two of her French Bulldogs that were stolen on Wednesday night after a gunman shot her dog-walker in Hollywood, Los Angeles.
The dog-walker identified as Ryan Fischer was walking three of Gaga’s dogs when an unknown male shot him at about 9:40 p.m. local time in the 1500 block of North Sierra Bonita Avenue. Fischer was taken to Cedars-Sinai Medical Center, where he was stable Thursday evening, police said.

Two of Lady Gaga’s dogs, Koji and Gustav, were stolen, while the third, Miss Asia was able to get away and was later recovered. 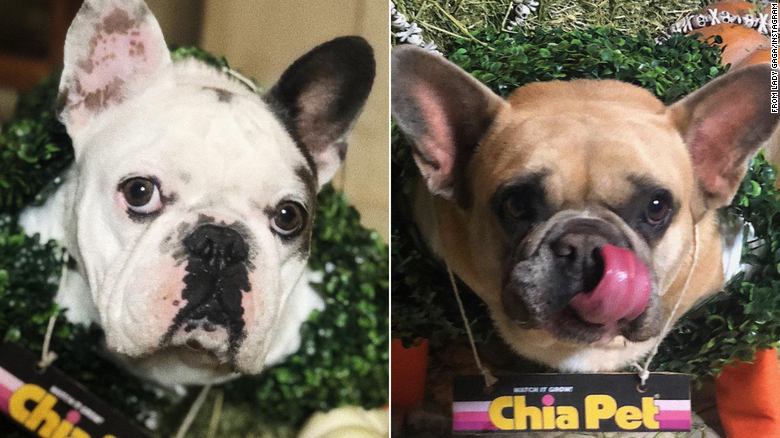 Surveillance footage captured from a neighbour’s home shows a white sedan pulling up alongside Fischer, and two people climbing out of the back seat. One of the attackers is heard cocking a pistol as they storm towards Fischer, warning him to “give it up”.

A struggle ensues between Fischer and the two attackers on the ground. The dog walker is heard shrieking ‘no’ and calling out for someone to help him as he attempts to protect the bulldogs from the attackers. A single gunshot can then be heard and Fischer screams in pain.

The assailants then pile into the back of the sedan holding Koji and Gustav. Miss Asia, who managed to escape from the dognappers is seen running back over to Fischer who is lying on the ground.

Reuters reported that the incident is the latest of several violent thefts of French Bulldogs in the United States in recent months.

In January, a woman in San Francisco was attacked by thieves brandishing a gun who stole her French Bulldog puppy. In October, a North Carolina breeder was held at gunpoint by thieves who made off with five puppies.

The smush-nosed dogs, which can sometimes be sold for several thousand dollars each, have long been a target of thieves because they are expensive and difficult to breed, said Brandi Hunter, a spokeswoman for the American Kennel Club. It recommends owners refrain from posting pictures of their Frenchies on social media – particularly if the photos include identifying information about where the owners live.

Sources close to the pop star said she “is offering half-a-million dollars to anyone who has her 2 dogs, no questions asked. Anyone who has the dogs can use this email — KojiandGustav@gmail.com — to retrieve the reward.”