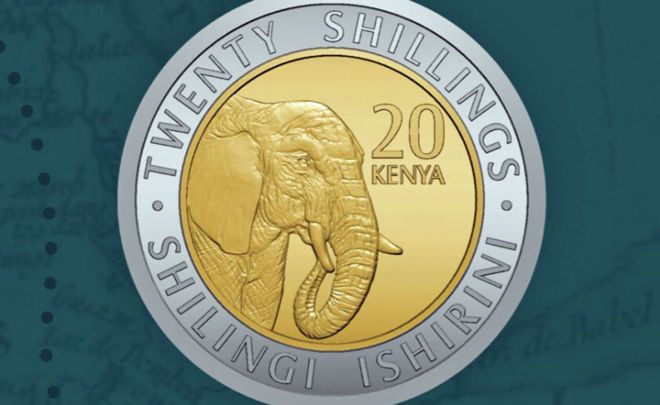 Kenya has dropped the images of presidents from newly minted cash coins, in what is seen as an attempt to prevent their glorification.

Many Kenyans saw this as an attempt by their leaders to promote themselves, and to personalise the state.

The new ones have images of the country’s famous wildlife, including lions, elephants, giraffes and rhinos.

President Uhuru Kenyatta – the son of Kenya’s first leader Jomo Kenyatta – said the new coins were a “big change” and showed “our nation has come a long way”.

All three of the incumbent’s predecessors had their images printed on the currency during their rule.

Mr Kibaki, who won elections in 2002 ending Mr Moi’s 24-year rule, broke a promise not to have his image printed on money.

Intense public pressure led to a new constitution, adopted in 2010, to entrench democracy and human rights. It states that the currency “shall not bear the portrait of any individual”.

The central bank has fulfilled the requirement in the case of coins, and is likely to do the same when it prints new notes.

The bank said the choice of animals gives “physical expression to a newly reborn and prosperous” Kenya, and shows respect for the environment.