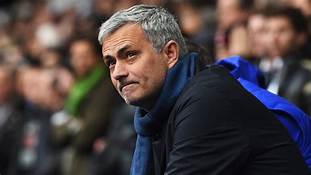 Mourinho’s future has been the subject of intense scrutiny this season – and the club’s worst start to a season in 28 years was confirmed with defeat at Liverpool on Sunday.

The 55-year-old Portuguese insisted at Anfield that he had not lost the dressing room, as his team sat sixth in the Premier League table and 11 points off the Champions League places.

But Manchester United announced on Tuesday that “manager Jose Mourinho has left the club with immediate effect”.

“The club would like to thank Jose for his work during his time at Manchester United and to wish him success in the future.

“A new caretaker manager will be appointed until the end of the current season, while the club conducts a thorough recruitment process for a new, full-time manager.”

Chelsea FC Versus Man-City In A Huge Game