The Nigerian Correctional Service has released the first batch of names and photos of the inmates that escaped from the Correctional Centre in Owerri, Imo State, on Monday .

The released data shows only thirty-six of the over 1,800 that escaped.

The detainees escaped when unknown gunmen attacked the facility and set them free.

The service released the names and faces on his official twitter handle.

The post was captioned “Faces of persons who escaped from Owerri Custodial Centre, Imo State.

Please note that more photographs of the Escapees on the way and efforts are on to get clear pictures for the black spaces.” 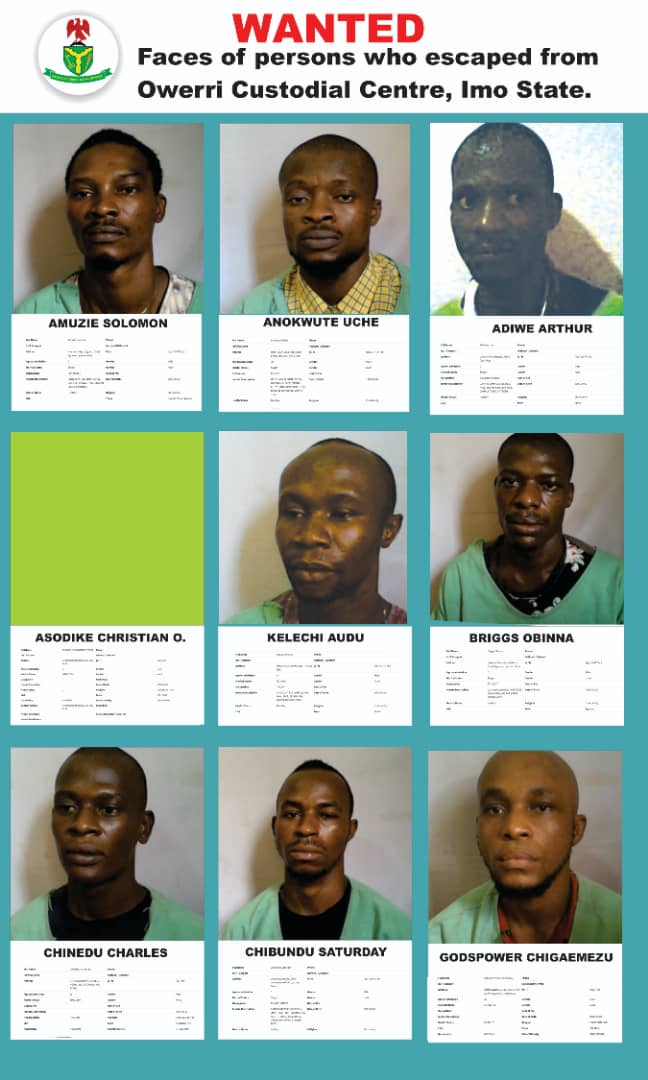 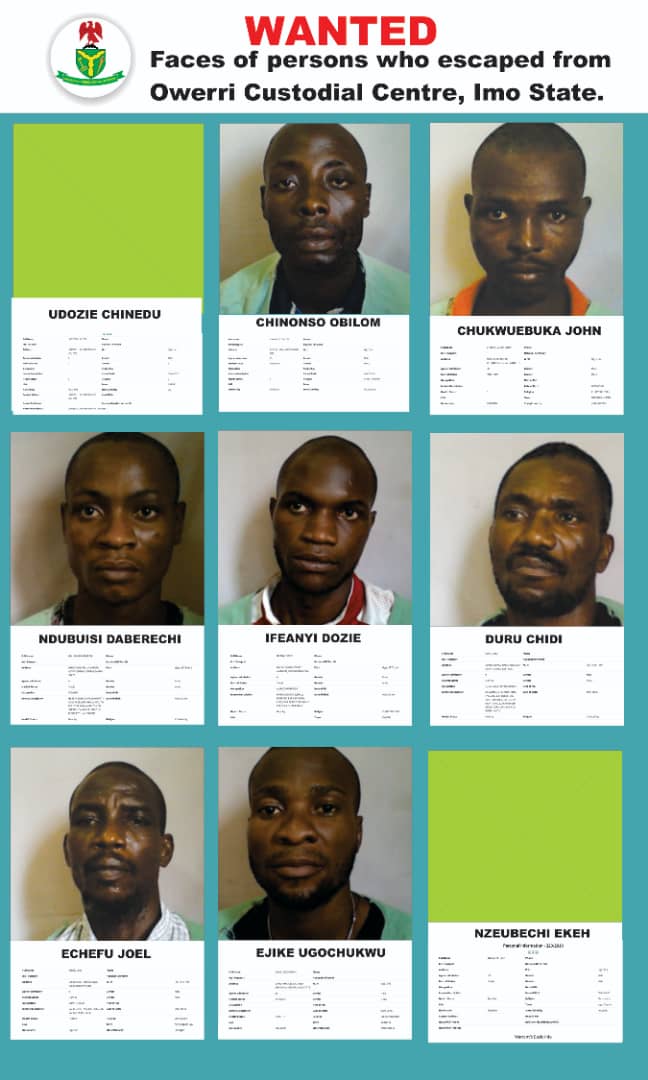 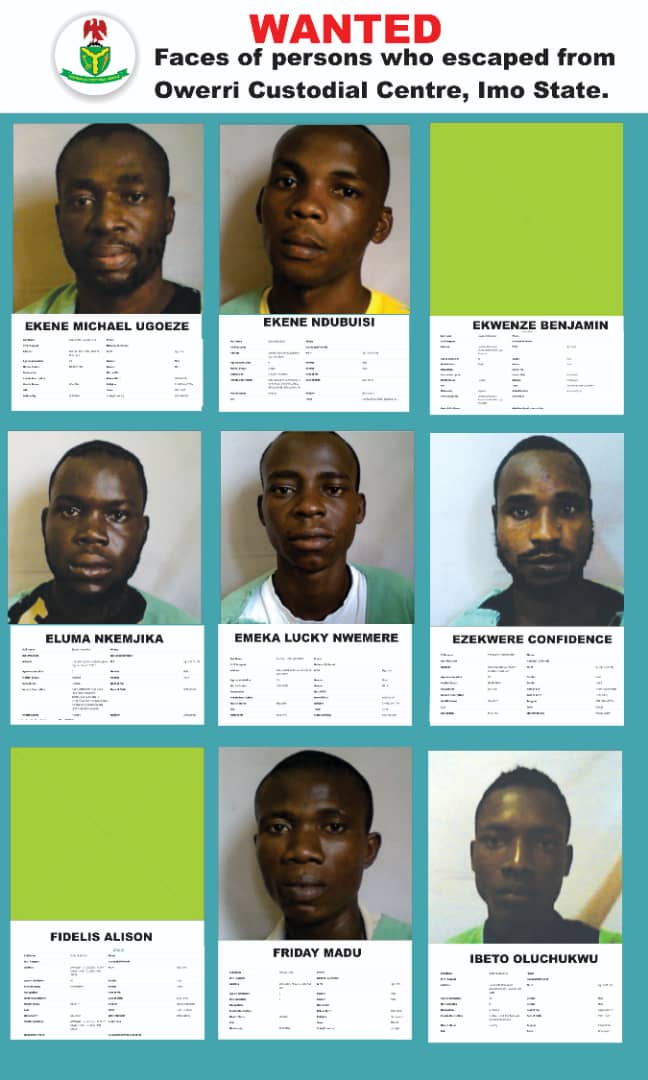 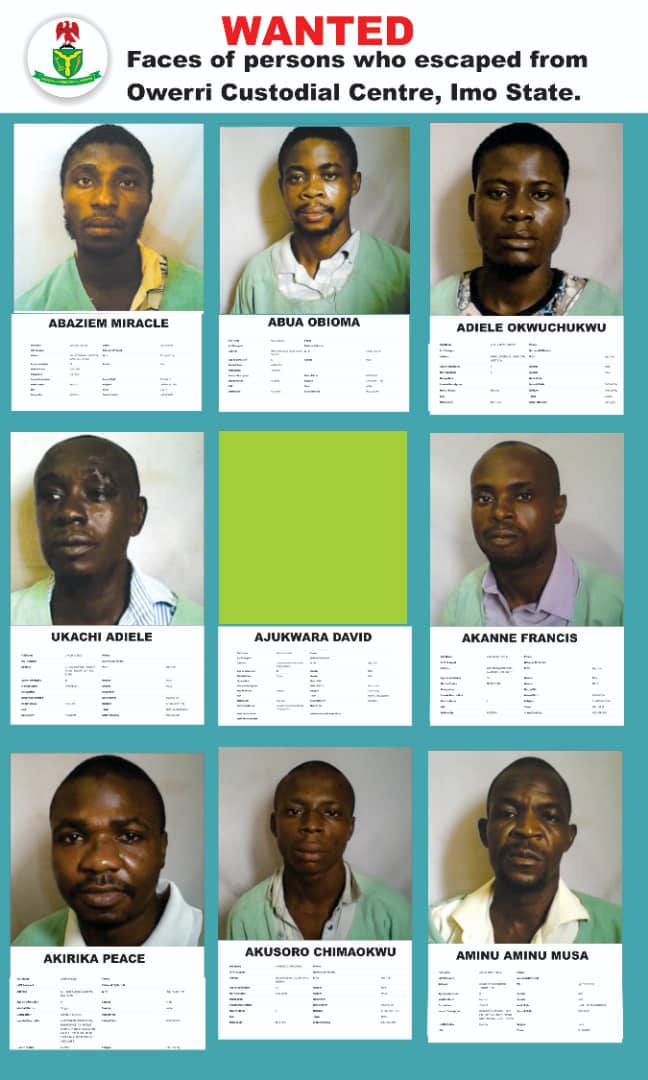