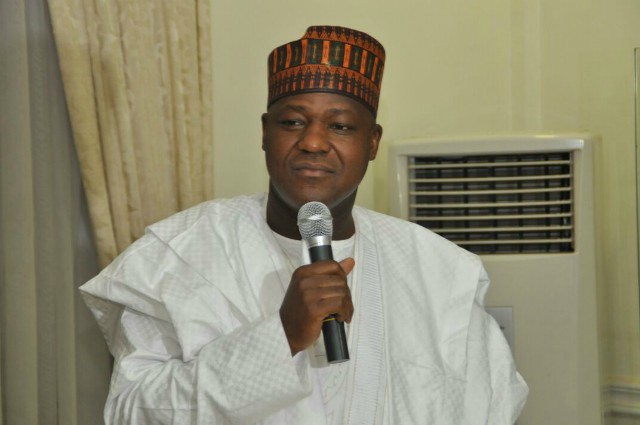 Speaker of the House of Representatives, Hon Yakubu Dogara, has challenged northern Nigerian elders to raise their voices against the endemic insecurity in the region just as they did during the administration of former President Goodluck Jonathan.

Speaking in Lafia, Nasarawa state at the campaign of the Peoples Democratic Party (PDP) on Thursday, Hon Dogara noted that their silence on insecurity in the region could be taken as enabling the poor management of security in the country, especially in the north, a situation that continues to “threaten the nation’s democracy and the very foundations of the country”.

Going further, he condemned sycophants who elevate some public office holders to the status of God, saying that by so doing, they bring destruction upon the country and called on all Nigerians to rise up and rescue the country from the clutches of insecurity.

“Just like my last speech to Nigerians that were gathered in a rally like this in Gombe, I said that the 2019 general elections is not about President Muhammadu Buhari, it’s not about Atiku Abubakar, but I said it is about you who are gathered here and it will be a referendum on insecurity and hunger in this land”, he said.

The speaker continued, “On the issue of insecurity, all of us know what is happening in Borno and, unfortunately too, between Abuja and Kaduna, as well as in Zamfara, Katsina, Nassarawa, Benue, Plateau and even Sokoto States.

“Now, I cannot even mention all because it is a general problem in the county, but I was highlighting the states where the problem is more endemic as of now. The issue is this, when this thing was going on under Jonathan, we had Borno elders always speaking. Where are the Borno elders now? Where are the leaders of Northern Nigeria now that this problem has become endemic? What are they saying now? Are we not guilty of what we allow? Are we not responsible for the killings by our inability to say that enough is enough and demand that President Buhari puts an end to this or leave if he can’t? The truth is that if we don’t rise up to the endemic challenges now, sooner than later, if things continue this way, we are not going to have a country. So it is our responsibility to rescue Nigeria from the clutches of insecurity. Without security; we would not have a meaningful democracy.

“The sad reality in Nigeria is that by our silence we have condoned those who have been unable to effectively tackle the insecurity in the nation. We have have wittingly become enablers of evil. You know what enablers do? Enablers don’t build a country only courageous people do. What enablers do is that they instigate the worship of individuals and the office they occupy, they Will confuse such an individual with accolades. You know none of us was built to receive worship, anyone who attempts to receive worship will meet destruction in his wake. So that is why we are witnessing destruction in Nigeria, because we have elevated some human beings to the status of God. We now need to rise up and rescue our country from the clutches of insecurity.”

Hon Dogara again stressed that the forthcoming 2019 election will be a referendum on many issues, including education which he said has not being given attention that it deserves by the present government as displayed in the lacklustre way it is handling the ongoing strike by the Academic Staff Union of Universities (ASUU).

He noted specifically that by allowing schools to shut down under the name of strike, this government has thrown teeming Nigerian youths into idleness and slowing down their progress saying, “It’s been said that if you want to destroy a community, state or nation, don’t even fire shots or bring the crisis that is being perpetrated by Boko Haram, don’t even bring nuclear bomb, all you need to do is to lower the standard of education in that Community state, or nation. Once you succeed in doing that, you’ve killed the nation.

“So many of us may not understand what I’m implying, but right now in Nigeria, the university lecturers are on strike. If it was a decent government that is committed to the future of this country, it wouldn’t take one week to resolve this problem, but unfortunately, through ineptitude the strike is allowed to fester. If we shut down education, we shut down progress, we shut down the future of our teeming youth who have gathered here, we shut down the advancement of this great country called Nigeria. So the 2019 election will be a referendum on education also”.