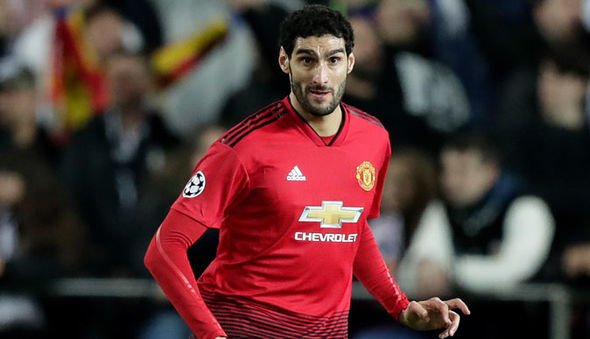 Marouane Fellaini is on his way out of Manchester United and heading to the Chinese Super League in a deal worth £10million-a-year.

Shandong Luneng have offered Fellaini a lucrative deal worth £200,000 a week, which will bring an end to his five-and-a-half year spell at United.

Fellaini is out of favour under United caretaker boss Ole Gunnar Solskjaer, having played just 31 minutes since the Norwegian took over from Jose Mourinho.

A delegation from Shandong Luneng travelled to Manchester to finalise a deal with United, with the fee for the 31-year-old understood to be about £7m.