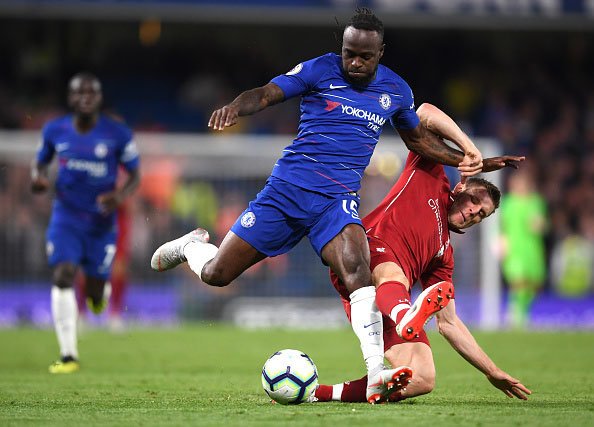 The Nigerian has failed to impress under Maurizio Sarri this season, making just two substitute appearances in the Premier League.

The Blues boss has hinted in the past that Moses could be in line for a January exit.

And Starsport understands that the wide man will finally leave the club today for Super Lig side Fenerbahce.

He is expected to spend the rest of the season with the Istanbul-based club.

Moses’ only start under Sarri came in the 2-1 Carabao Cup win against Liverpool back in September, playing on the right a front three.

But Sarri has admitted he does not think the ex-Crystal Palace man suits his 4-3-3 set-up, leading him to avoid picking Moses.

“Moses is more suitable for playing wing back than like a winger or a full back, I think,” Sarri said.

“I don’t know [about his Chelsea future].

“They have to improve but their characteristics are a little bit different.”

The other player Sarri was discussing is midfielder Danny Drinkwater.

The Premier League winner has failed to play in a competitive fixture this term, after making a cameo appearance in the Community Shield.

Sarri has revealed he also struggles to see the midfielder fitting into his style of play.

“I think the situation is that Drinkwater for me is not suitable for a midfield with two other midfielders,” Sarri said.

Drinkwater, however, is likely to stay at the club this month.

This is because Chelsea are yet to receive any bids for the Manchester United trainee, according to the Evening Standard.