#FridayFeeling brought to you by @nglkante, who will be a Blue for five more years! 🙌#Kante2023 pic.twitter.com/evwr1rlKQ2

The 27-year-old player also confirmed his renewal of contract

Kante said: ‘I’m happy to extend my time with Chelsea, it has been two beautiful years and I wish for more to come. Since I came, I completely improved as a player, challenged myself and got some awards I never thought about. I like the city, I like the club and I am happy to be here for more time.’ 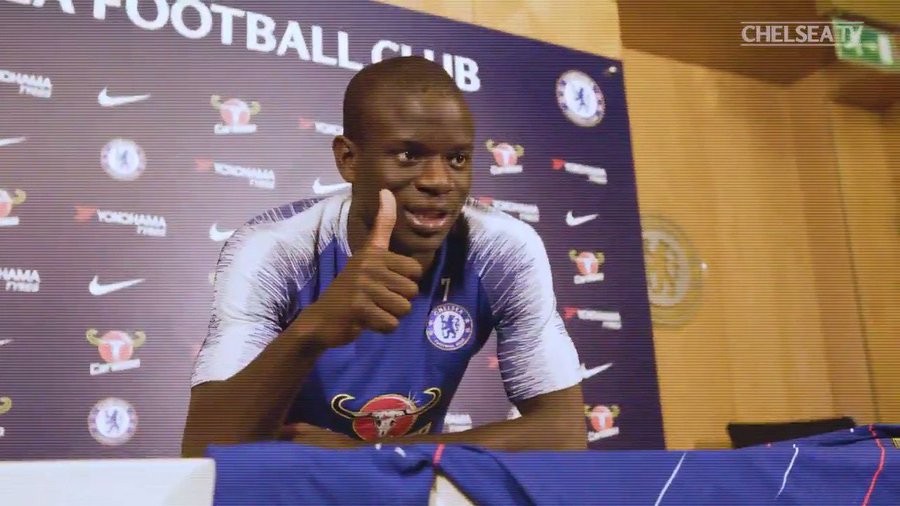 Club director Marina Granovskaia also said: ‘We are delighted N’Golo has signed a new contract and sees his long-term future with Chelsea. When he arrived, we knew we had signed a special player but he has astounded everybody with his tireless and unselfish displays.

‘Off the pitch, he remains a dedicated professional and a humble human being despite the fact he is a world champion and a two-time Premier League winner. We now look forward to five more years with N’Golo at the heart of the Chelsea midfield.’