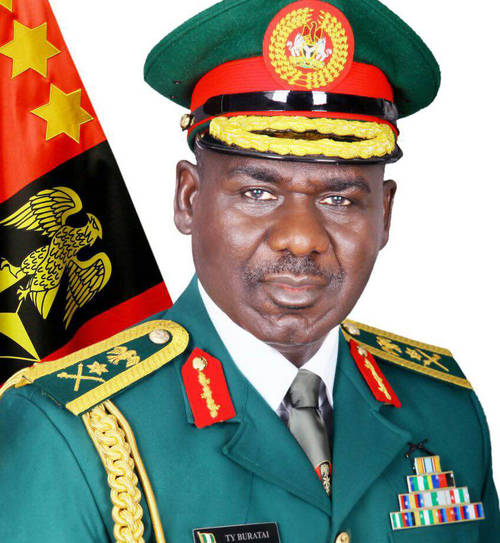 The Chief of Army Staff, Lt.-Gen. Yusuf Buratai, promoted new Major-Generals and Brigadier-Generals  yesterday at the Army Headquarters Command Officers’ Mess in Abuja. Stating that the promotion was strictly based on merit and without any external influence.

Buratai, also said that though many others deserved promotion, the final number was arrived at based on vacancies available for posting.

“Since vacancy is the major factor in determining those to be promoted, we must get best. The rest that are not promoted are good but will have their time. Also, you must remember that promotion is from God alone.

He told the senior officers to prepare for deployment to the North-East for the fight against the insurgency, adding:“You must remain committed, your loyalty must be unshakeable and you should remain professional in your responsibilities.”