A police station in Ajali, Orumba North Local Government Area of Anambra State has been set on fire allegedly by hoodlums.

The hoodlums also set free some prisoners after beating up some police officers, reports have claimed. 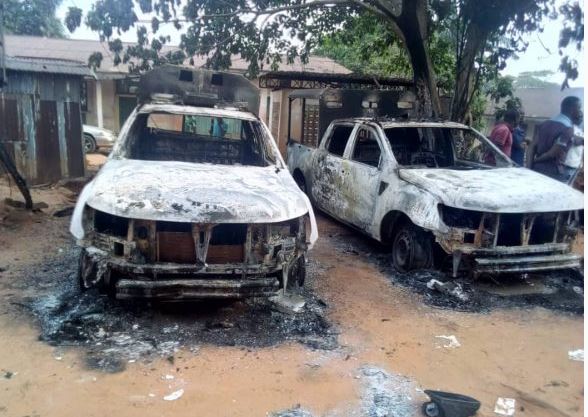 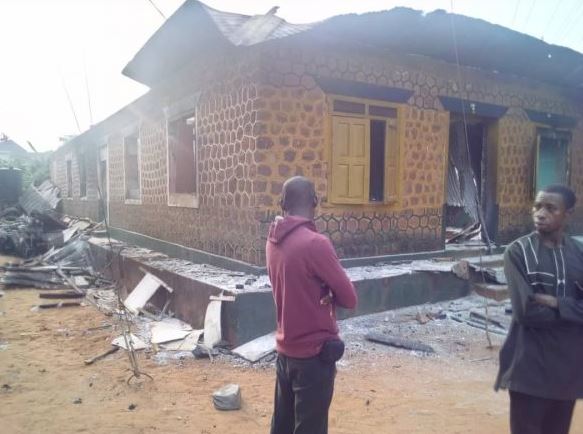 However, the state’s Police Public Relations Officer, Haruna Mohammed said, “It’s a case of fire incident for now until the contrary is proved through discreet investigation.”

He said “the Commissioner of Police, Mustapha Dandaura is presently at the scene for on the spot assessment.”

He ordered the DC Department of Criminal Investigation and Intelligence Department to conduct a thorough investigation in order to ascertain circumstances surrounding the incident.”

Meanwhile in was reported that  members of the All Progressives Congress (APC) are currently protesting at the headquarters of the Independent National Electoral Commission (INEC) in Rivers State.

The protest is premised on the recent ruling by the Supreme Court over the stay of execution issued to INEC on fielding candidates for elective positions in Rivers State.

However, policemen and soldiers have fired teargas to disperse the crowd.

There is heavy presence of security operatives in the area, as the protesters are insisting that elections will not hold in Rivers if the APC candidates do not contest in the elections.

NYSC Museum: A center of attraction