The honour is the first of two momentous gifts the 44-year-old rapper received after the success of his “DONDA” listening party on Thursday at the Mercedes-Benz Stadium, in Atlanta, Georgia.

After the star-studded event, the Atlanta native got emotional backstage as he was presented with a plaque commemorating the day as his very own, as per TMZ. 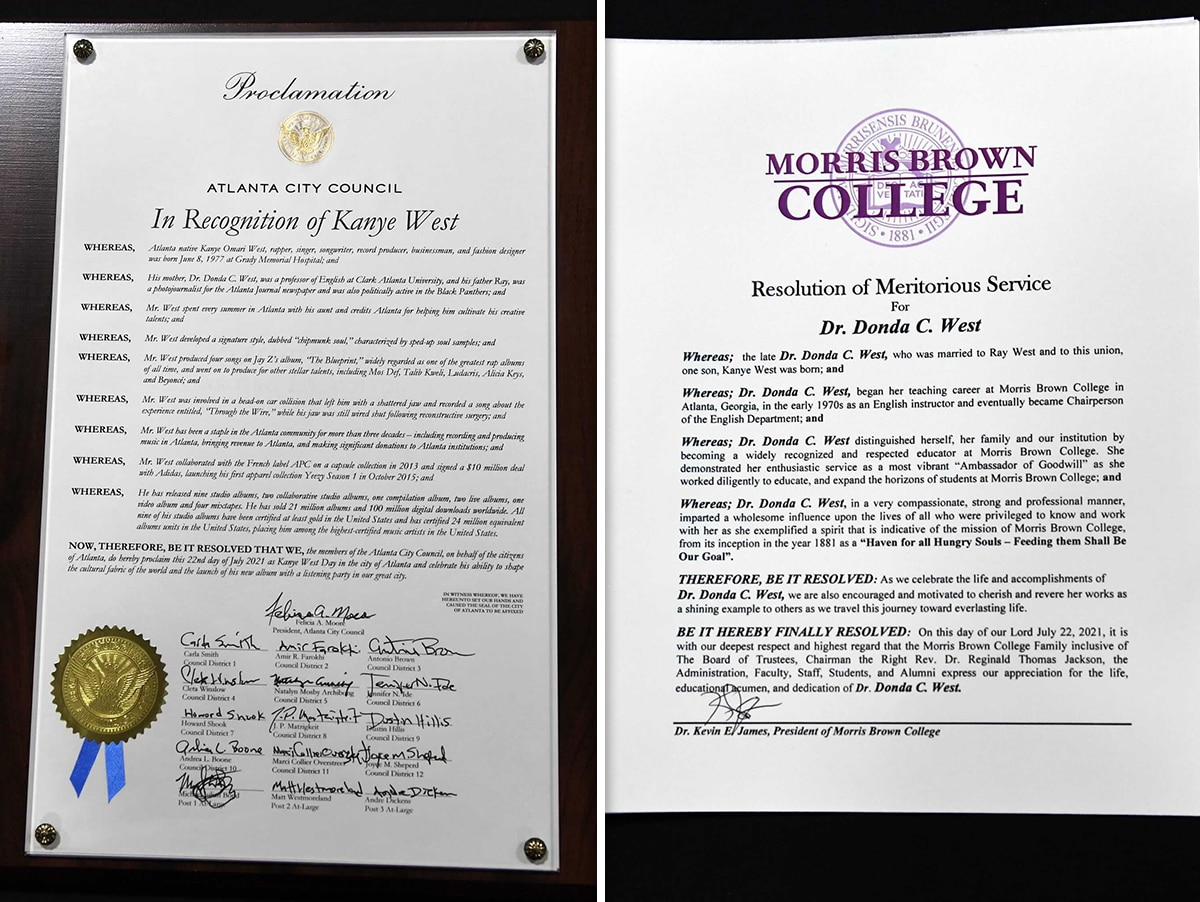 West was also presented with the Dr. Donda West Meritorious Service award, honouring his late mother, Donda – who passed in 2007 of complications from cosmetic surgery – for her tenure as a respected member of Morris Brown College family. A teacher at the HBCU for almost 20 years, Donda also served as Chair of its English Department. by Dr. Kevin James, the President of Morris Brown College.

West was extremely close to Donda leading up to her sudden death at 58 in November 2007. His upcoming album was named after her, as well as his creative content company.