Health Minister Greg Hunt said on Thursday Pfizer was now the preferred vaccine for under-60s and the government would immediately move to open access for 40- to 59-year-olds.

People who have had one dose of AstraZeneca are still encouraged to get their second dose.

Seven of the 12 new cases of a rare blood-clotting disorder linked to the AstraZeneca vaccine confirmed in the past week were in people aged 50 to 59, according to the latest vaccine safety report.

Mr Hunt said on Thursday the decision would open access to Pfizer to about 2.1 million people in the 50-59 age group who were yet to receive a vaccination. He urged patience as the change was rolled out to GPs and Commonwealth and state clinics.

“Are we on track to offer every Australian a vaccine, who is eligible, during the course of 2021? The answer remains, in the advice we have, is yes,” Mr Hunt said. 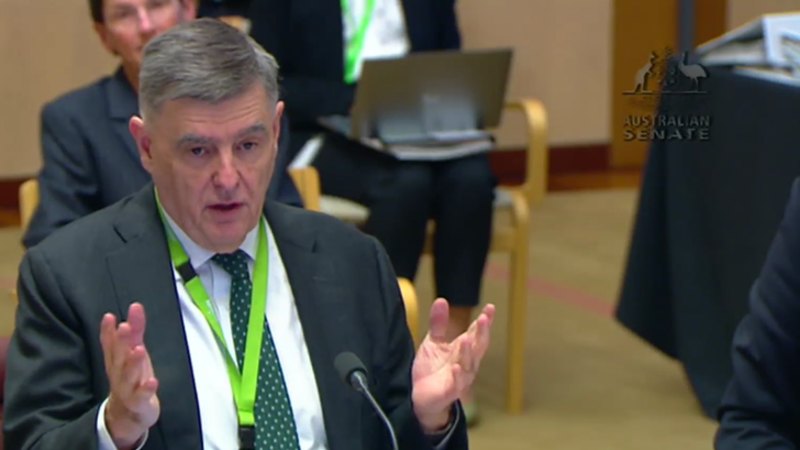 ATAGI is expected to raise the recommended age for the AstraZeneca vaccine from 50 to 60.

Last week, the Therapeutic Goods Administration revealed a 52-year-old woman had died after developing a severe case of the clotting syndrome. At the time, the Australian Technical Advisory Group on Immunisation (ATAGI) confirmed AstraZeneca remained the vaccine of choice for over 50s.

An AstraZeneca spokesperson said the company remained committed to supporting Australia’s rollout and was confident its vaccine had an important role in protecting Australians from the virus.

“Regulatory authorities around the world have stated that the benefit of using our vaccine significantly outweigh the risks across all adult age groups,” she said. “Patient safety is AstraZeneca’s highest priority and we continue to work closely with the TGA and other regulators around the world.”

This week’s vaccine safety report from Australia’s medical regulator shows there are three new confirmed cases, in two women aged 55 and 65 from Victoria and a 53-year-old woman from NSW, and nine new probable cases across the country.

The Therapeutic Goods Administration said fewer than half of the clotting cases were the more serious, “tier one” level.

To date, 36 people have recovered from the clotting side effect. There are currently 22 people with the syndrome in hospital and four of those are in intensive care. Two people have died.

University of NSW epidemiologist Professor Mary-Louise McLaws said international data suggested the risks of complications associated with the AstraZeneca vaccine started to fall at the age of 54.

The level of anxiety in the 50 to 60 age group following the two deaths of Australian women within that age range warranted raising the eligibility age of the Pfizer vaccine to 55 or 60, she said.

The Resolve Political Monitor survey, conducted for The Sydney Morning Herald and The Ageearlier this month by research company Resolve Strategic, found vaccine concerns have eased slightly with the number of adults who say they’re unlikely to be immunised falling from 29 to 26 per cent.

Concerns about side effects for their age group was the most common reason for vaccine hesitancy, the survey found.

Professor McLaws said health experts and the government needed to respect people’s concerns around the vaccine because they were being asked to do something that would benefit the entire country in getting immunised.

“If you want to make sure there is less concern in the community and that people feel listened to, raise it to 60 and that buffer provides the public with an assurance they are being cared for and loved by the leadership who want them to be vaccinated for the good of society,” she said.

This month, the delivery of Pfizer’s COVID-19 vaccine doses has dropped, from about 350,000 a week in May to roughly 300,000 a week in June. Those deliveries are expected to double in July and will continue to ramp up through the rest of the year.

Australia’s immunisation group has been meeting every Wednesday afternoon to discuss the vaccines, new information on side effects and the risk of COVID-19 to Australians. Previously, the federal government has held media conferences straight after receiving updated vaccine advice but the Prime Minister is on a flight back to Australia.

When the expert medical panel first changed its advice on AstraZeneca after examining the data on the clotting disorder, thrombosis with thrombocytopenia (TTS) syndrome, it said the risk of side effects was low but recommended limiting the vaccine to people aged over 50 due to the slightly higher risk of clotting in younger people.

Symptoms of TTS generally occur between four and 30 days after vaccination and include a severe or persistent headache or blurry vision, shortness of breath, chest pain, leg swelling, persistent abdominal pain, unusual bruising and small round spots that develop beyond the site of vaccination.

A limited number of people in Australia have received a second AstraZeneca dose because of the recommended 12-week gap between first and second shots, but the medical regulator said data from the UK showed the clotting disorder was much less common after second doses.