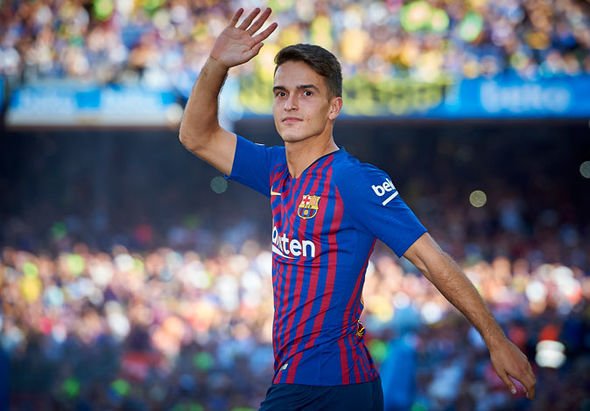 Denis Suarez is poised to become Arsenal’s first January signing after they agreed a deal with Barcelona.

The Gunners will pay an initial loan fee of around £2.2m for the attacking midfielder, 25, who worked with Gunners boss Unai Emery at Seville.

And they will have an option to make the move for the former Manchester City youngster, who can also play on both flanks, permanent in the summer for around £20m.

Suarez’s decision to extend his Barcelona contract, which was due to expire in 2020, until 2021 to help protect his value was a key breakthrough in talks.

Barcelona did not want him going on loan and returning to the Nou Camp in the summer with just one year left on his contract.

And Arsenal managed to persuade Barcelona to accept just an option to buy when the Catalan side were initially insisting on a compulsory obligation.